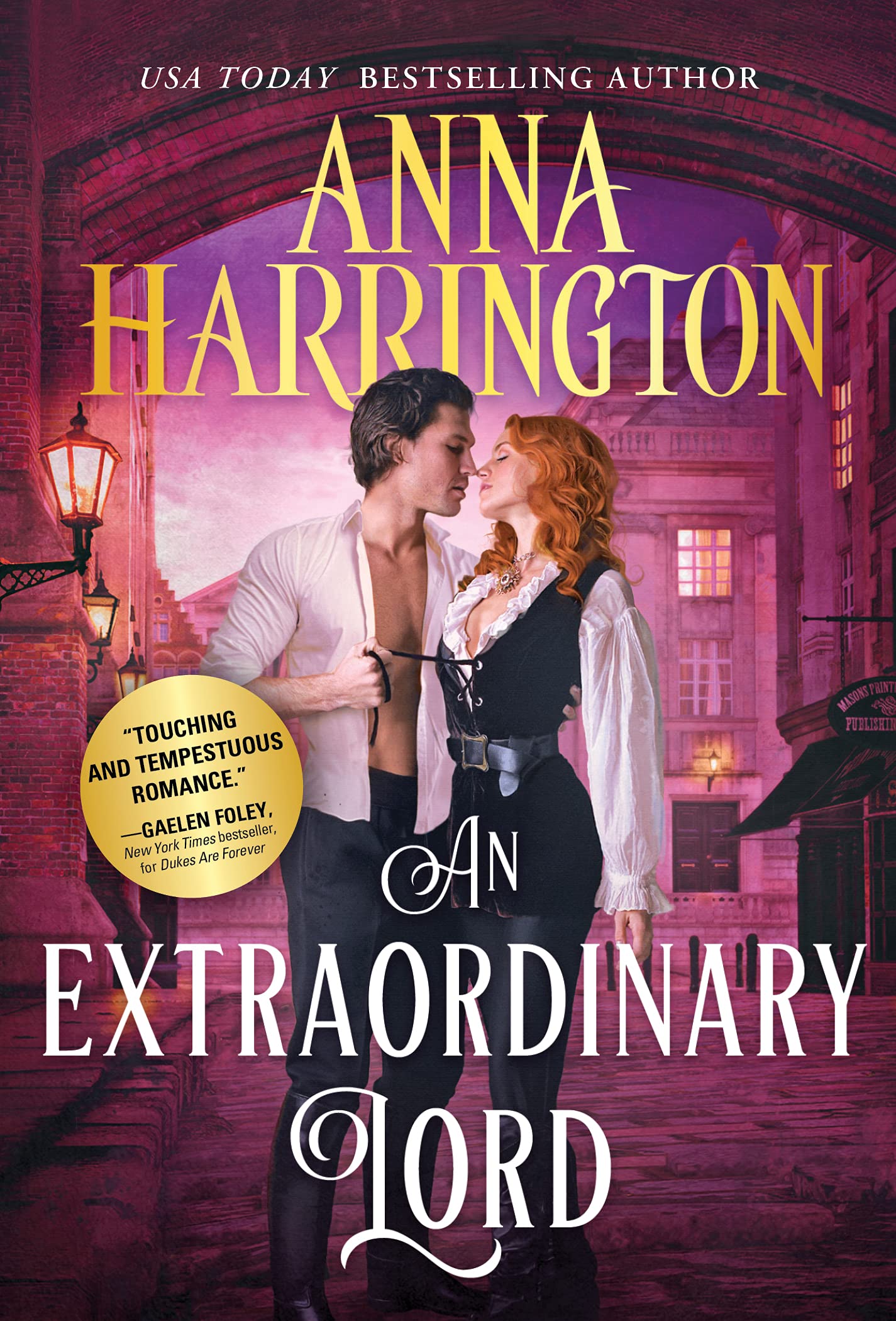 An Extraordinary Lord (Lords of the Armory, 3)

“As steamy as it is luscious. My favorite kind of historical!”—GRACE BURROWES, New York Times bestselling author, for Dukes Are Forever

Soldier turned solicitor Lord Merritt Rivers has dedicated his life to upholding the law. He patrols the streets faithfully, hoping to stop crimes before they can happen. While hunting an escaped convict, he encounters a woman also hunting thieves. She’s a delicious distraction, until he discovers that she is the criminal he’s after. She’s smart, challenging, and everything he finds attractive, but he cannot trust her.

Veronica Chase has hidden her past as a nobleman’s daughter. She confesses to a crime to keep her adopted brother out of prison. She now lives in London’s underworld, trapped between worlds, belonging nowhere.

Forming an uneasy alliance, Veronica and Merritt work together to protect innocent Londoners during the city’s riots. Moving between her world and his, they grow closer to each other and to the mob’s dangerous leaders. But their newfound trust won’t be enough, until each face their demons and ask what’s worth saving—the lives they’ve chosen to lead or the love that leaves them yearning for more.

Praise for Anna Harrington:
“The three-dimensional characters and rich romance will keep Regency fans riveted from the first page.”—Publishers Weekly
“Harrington is a rising star…plenty of both love and danger.”—Booklist STARRED Review for An Inconvenient Duke
“Action, suspense, seduction, and two determined lovers fighting for what is right”—Library Journal STARRED Review for An Inconvenient Duke