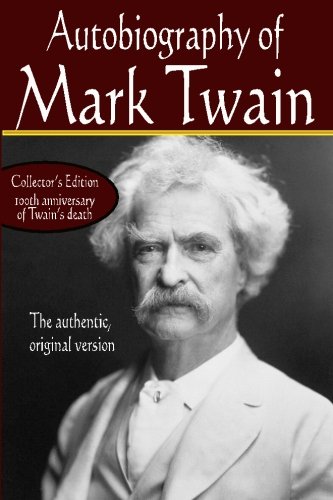 In commemoration of the the 100th anniversary year of Twain’s death, this edition republishes Mark Twain’s original autobiography. Twain is widely rumored to have stated that the full version of his life could not be released until 100 years after his death. What Twain allowed to be published at the time comprises a rambling collection of anecdotes and ruminations rather than a more typical autobiography.

His innovative notion – to “talk only about the thing which interests you for the moment” – meant that his thoughts could range freely. Twain thought his autobiography would be most entertaining if he went off on whims and tangents in non-sequential order.

This book will be a real joy for all fans of Mark Twain.