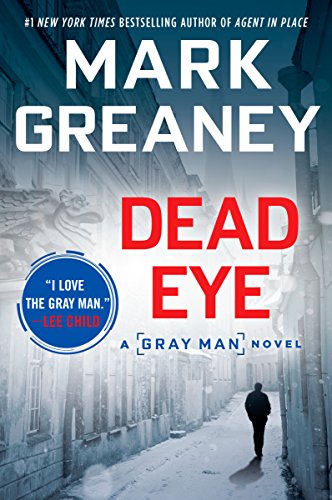 Ex-CIA master assassin Court Gentry gets hit with a blast from the past in the fourth Gray Man novel from #1 New York Times bestselling author Mark Greaney.

Court Gentry has always prided himself on his ability to disappear at will, to fly below the radar and exist in the shadows—to survive as the near-mythical Gray Man. But when he takes revenge upon a former employer who betrayed him, he exposes himself to something he’s never had to face before: a killer who is just like him.

Code-named Dead Eye, Russell Whitlock is a graduate of the same ultra-secret Autonomous Asset Program that trained and once controlled Gentry. But now, Whitlock is a free agent who has been directed to terminate his fellow student of death. He knows how his target thinks, how he moves, and how he kills. And he knows the best way to do the job is to make Gentry run for his life—right up until the moment Dead Eye finally ends it…