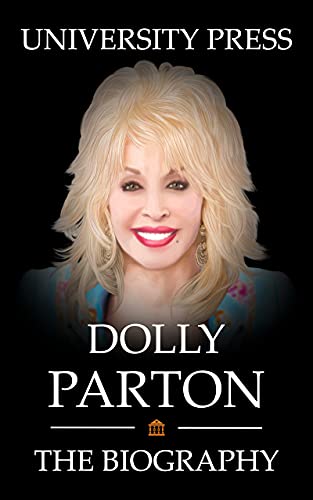 University Press returns with another short and captivating portrait of one of history’s most compelling figures, Dolly Parton.

Dolly Parton is a cultural icon. Her powerful voice, hit songwriting, homey manner, and graceful beauty have combined to make her one of the world’s most loved and most accomplished public figures. She has composed more than 3,000 songs, and 25 of them have ranked #1 on the Billboard country music charts. She has collected 10 Grammy Awards, 10 Country Music Association Awards, the Lifetime Achievement Award, and even a Golden Globe nomination for Best Actress.

Dolly Rebecca Parton was born on January 19, 1946 in a one-room cabin in Locust Ridge, Tennessee. She was one of twelve children and they all grew up poor. Very poor. Her mother sang and played the guitar, and, by the time she was six, the young Parton was already singing in her local church. She received her first guitar at the age of eight and she immediately began writing songs. After appearing on local television and radio shows in Knoxville, and after debuting at the Grand Ole Opry, Dolly Parton graduated from high school and headed off to Nashville.

This short book tells the intensely human story of a woman who has changed the world in a way that no one else could.