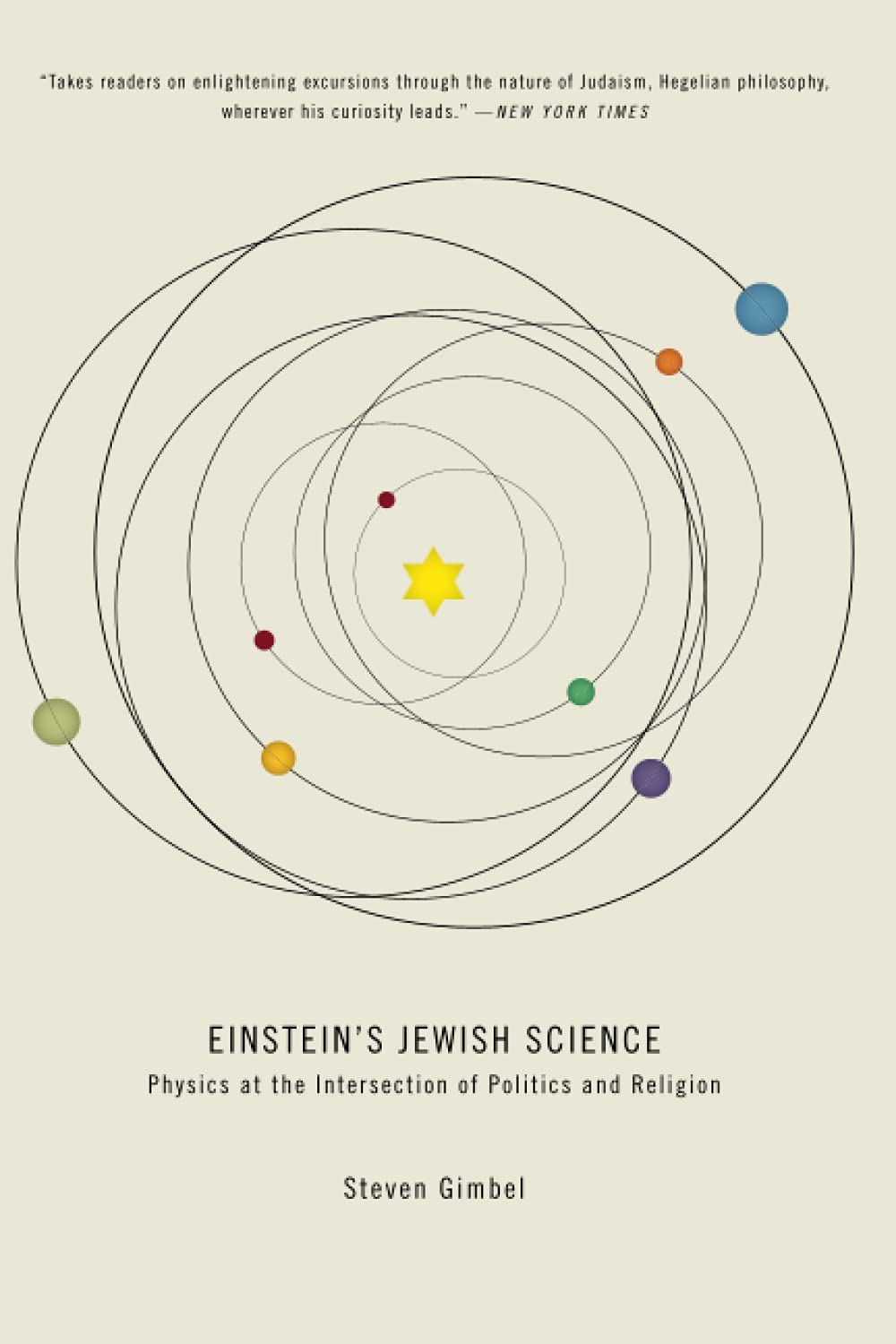 Einstein’s Jewish Science: Physics at the Intersection of Politics and Religion

Is relativity Jewish? The Nazis denigrated Albert Einstein’s revolutionary theory by calling it “Jewish science,” a charge typical of the ideological excesses of Hitler and his followers. Philosopher of science Steven Gimbel explores the many meanings of this provocative phrase and considers whether there is any sense in which Einstein’s theory of relativity is Jewish.

Arguing that we must take seriously the possibility that the Nazis were in some measure correct, Gimbel examines Einstein and his work to explore how beliefs, background, and environment mayâ€”or may notâ€”have influenced the work of the scientist. You cannot understand Einstein’s science, Gimbel declares, without knowing the history, religion, and philosophy that influenced it.

No one, especially Einstein himself, denies Einstein’s Jewish heritage, but many are uncomfortable saying that he was being a Jew while he was at his desk working. To understand what “Jewish” means for Einstein’s work, Gimbel first explores the many definitions of “Jewish” and asks whether there are elements of Talmudic thinking apparent in Einstein’s theory of relativity. He applies this line of inquiry to other scientists, including Isaac Newton, René Descartes, Sigmund Freud, and Émile Durkheim, to consider whether their specific religious beliefs or backgrounds manifested in their scientific endeavors.

Einstein’s Jewish Science intertwines science, history, philosophy, theology, and politics in fresh and fascinating ways to solve the multifaceted riddle of what religion meansâ€”and what it means to science. There are some senses, Gimbel claims, in which Jews can find a special connection to E = mc2, and this claim leads to the engaging, spirited debate at the heart of this book.