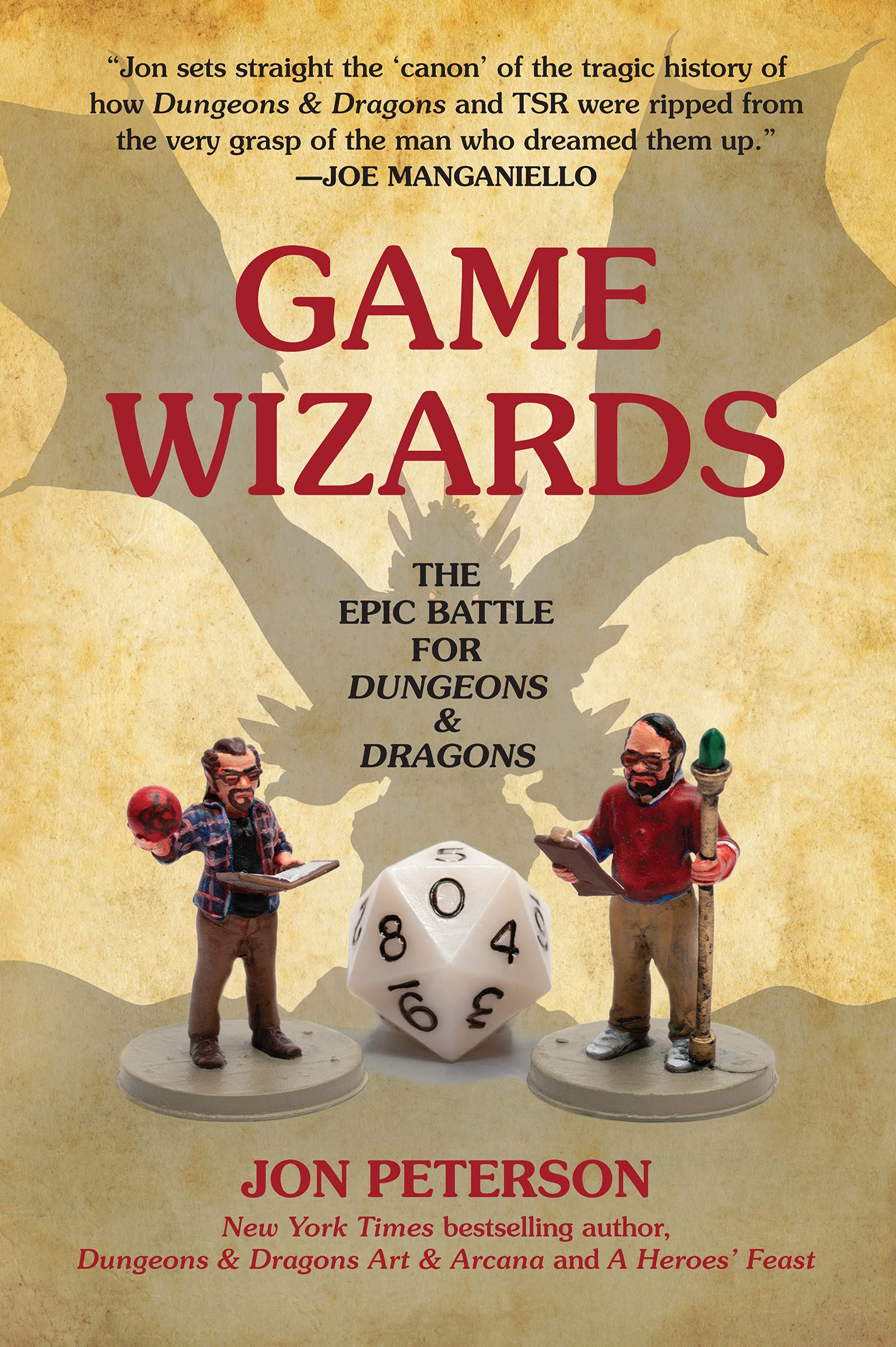 The story of the arcane table-top game that became a pop culture phenomenon and the long-running legal battle waged by its cocreators.

When Dungeons & Dragons was first released to a small hobby community, it hardly seemed destined for mainstream success–and yet this arcane tabletop role-playing game became an unlikely pop culture phenomenon. In Game Wizards, Jon Peterson chronicles the rise of Dungeons & Dragons from hobbyist pastime to mass market sensation, from the initial collaboration to the later feud of its creators, Gary Gygax and Dave Arneson. As the game’s fiftieth anniversary approaches, Peterson–a noted authority on role-playing games–explains how D&D and its creators navigated their successes, setbacks, and controversies.

Peterson describes Gygax and Arneson’s first meeting and their work toward the 1974 release of the game; the founding of TSR and its growth as a company; and Arneson’s acrimonious departure and subsequent challenges to TSR. He recounts the “Satanic Panic” accusations that D&D was sacrilegious and dangerous, and how they made the game famous. And he chronicles TSR’s reckless expansion and near-fatal corporate infighting, which culminated with the company in debt and overextended and the end of Gygax’s losing battle to retain control over TSR and D&D.

With Game Wizards, Peterson restores historical particulars long obscured by competing narratives spun by the one-time partners. That record amply demonstrates how the turbulent experience of creating something as momentous as Dungeons & Dragons can make people remember things a bit differently from the way they actually happened.