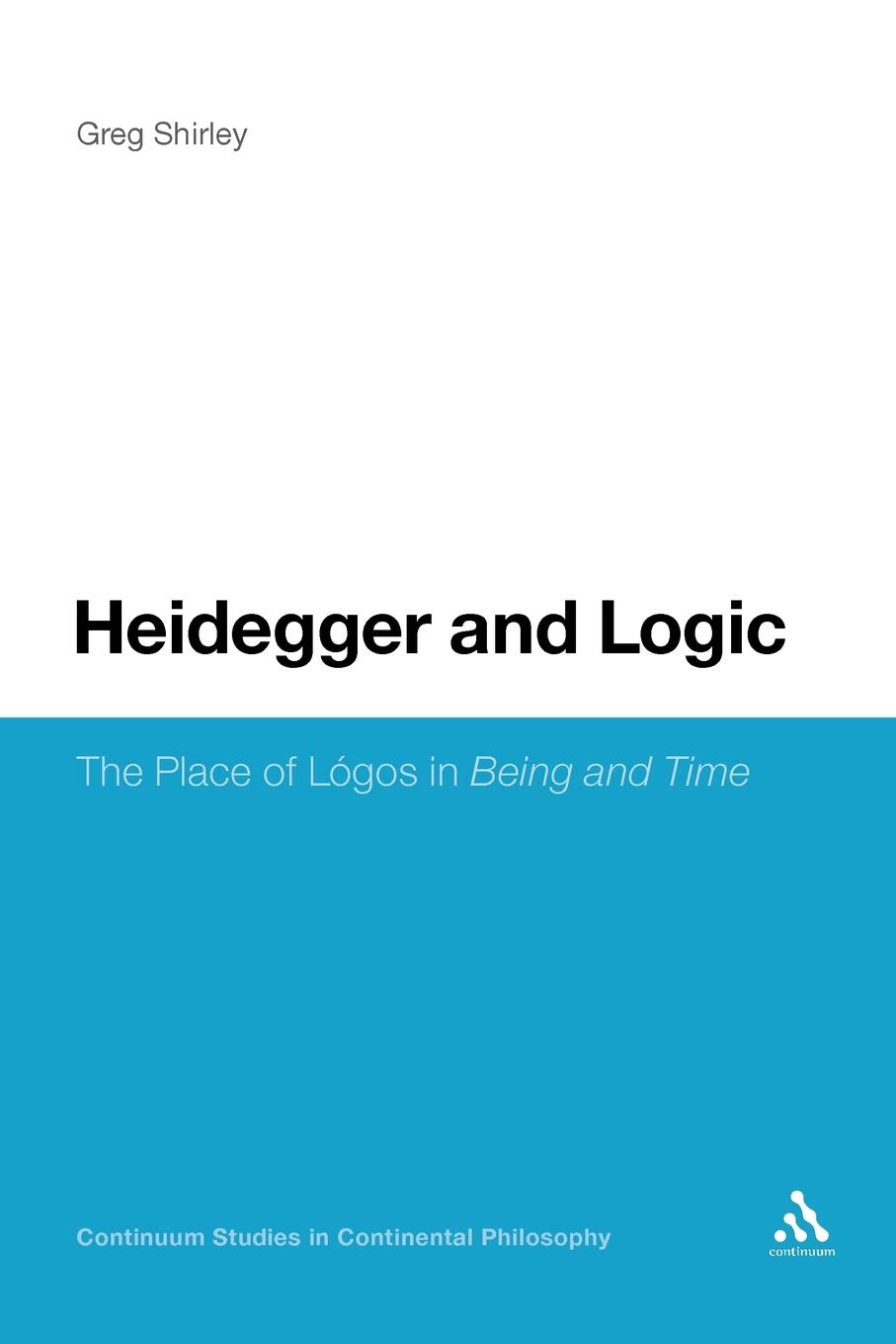 Heidegger and Logic: The Place of Lógos in Being and Time (Continuum Studies in Continental Philosophy, 71)

There is a tradition of interpreting Heidegger’s remarks on logic as an attempt to flout, revise, or eliminate logic, and of thus characterizing Heidegger as an irrationalist. Heidegger and Logic looks closely at Heidegger’s writings on logic in the Being and Time era and argues that Heidegger does not seek to discredit logic, but to determine its scope and explain its foundations. Through a close examination of the relevant texts, Greg Shirley shows that this tradition of interpretation rests on mischaracterizations and false assumptions. What emerges from Heidegger’s remarks on logic is an account of intelligibility that is both novel and relevant to issues in contemporary philosophy of logic. Heidegger’s views on logic form a coherent whole that is an important part of his larger philosophical project and helps us understand it better, and that constitutes a unique contribution to the philosophy of logic