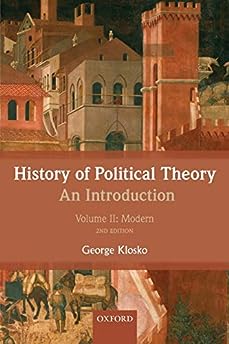 History of Political Theory: An Introduction not only explores the great works of Western political theory but demonstrates their continuing relevance. Volume II traces the origin and development of liberal political theory, and so the foundations for contemporary views. The work provides
a readable, scholarly introduction to the great figures in Western political theory from Hobbes to Marx. Major theorists examined include Hobbes, Locke, Hume, Montesquieu, Rousseau, Burke, Mill, and Marx, not only major figures in the liberal tradition but liberal political theory’s most important
critics. Theorists are examined in their historical contexts, with extensive quotations allowing them to speak for themselves. Central concepts employed in their works are carefully examined, with special attention to both how they fit together to form coherent theories and how they bear on
issues of contemporary concern. Major concepts examined include freedom, rights, political obligation, and revolution. Emphasizing depth rather than breadth, this work is an ideal introduction tool for instructors who have been searching for a text that combines careful exposition of important
political theorists and clear, critical analysis.