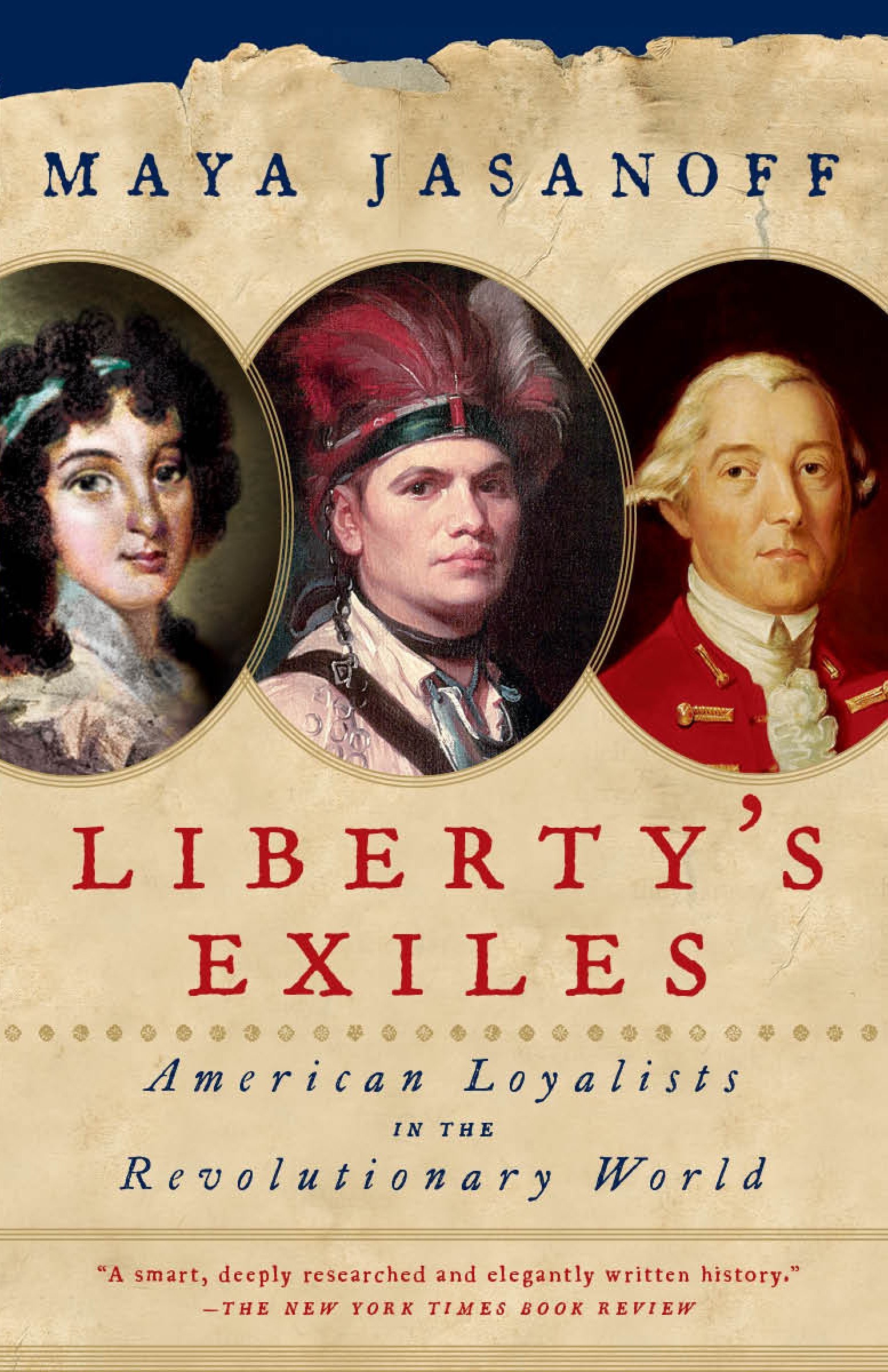 This groundbreaking book offers the first global history of the loyalist exodus to Canada, the Caribbean, Sierra Leone, India, and beyond.

At the end of the American Revolution, sixty thousand Americans loyal to the British cause fled the United States and became refugees throughout the British Empire.
Liberty’s Exiles tells their story. This surprising new account of the founding of the United States and the shaping of the post-revolutionary world traces extraordinary journeys like the one of Elizabeth Johnston, a young mother from Georgia, who led her growing family to Britain, Jamaica, and Canada, questing for a home; black loyalists such as David George, who escaped from slavery in Virginia and went on to found Baptist congregations in Nova Scotia and Sierra Leone; and Mohawk Indian leader Joseph Brant, who tried to find autonomy for his people in Ontario. Ambitious, original, and personality-filled, this book is at once an intimate narrative history and a provocative analysis that changes how we see the revolution’s “losers” and their legacies.