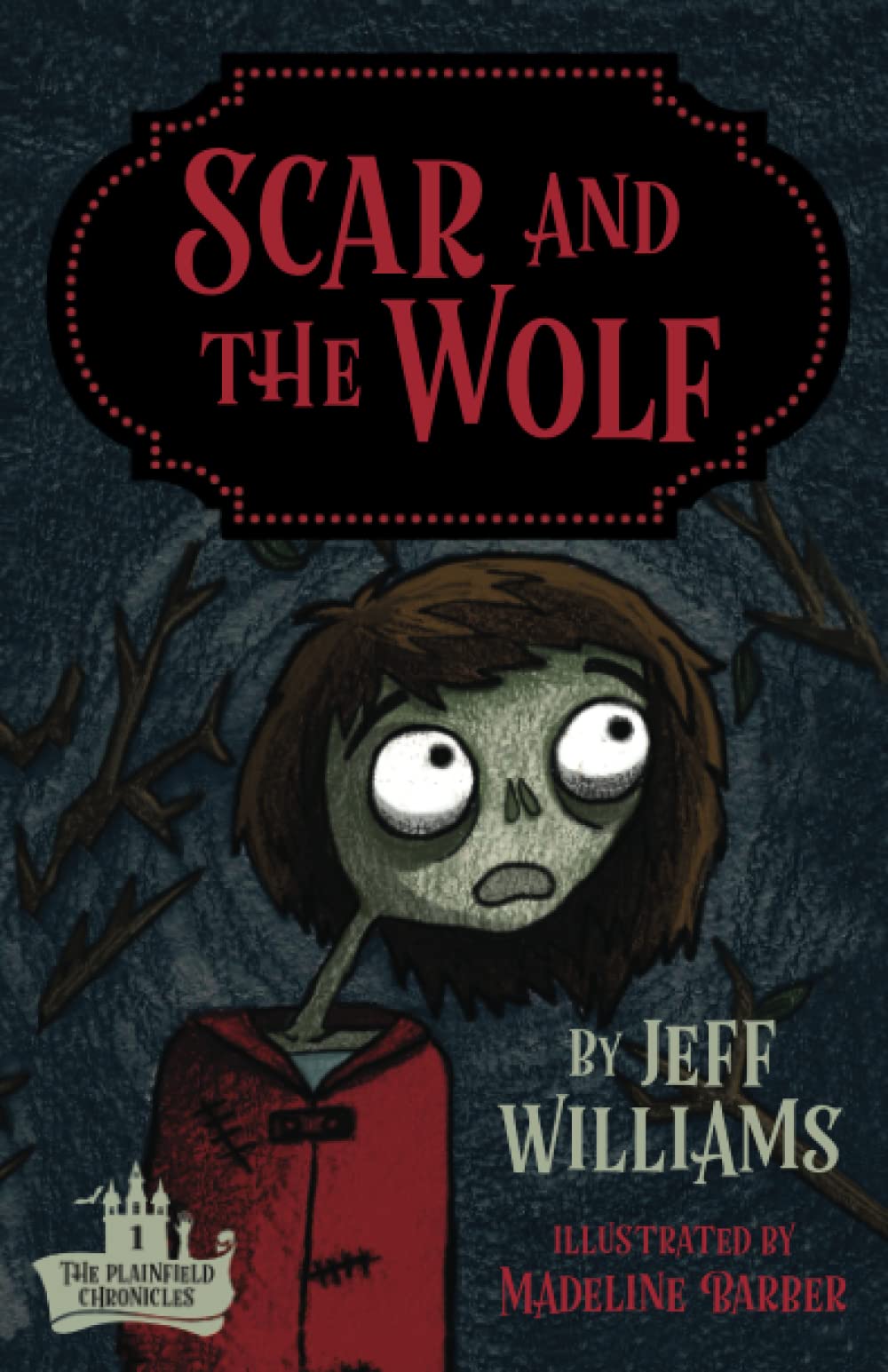 Turning 13 is an uncertain, lurchy place to be.

Yet somehow, every grownup zombie in Plainfield had managed it. It wasn’t always graceful, since it’s hard for zombies to be graceful in the best of times. And yes, some seemed like they never fully grew up while others seemed to grow up suspiciously fast.

Of course, sometimes a part—like an arm or a foot, say—wanted its independence so fiercely it fled its body.

But one way or another, all the conflicting parts eventually managed to move in the same direction.

I mean, these were zombies, after all.

If Scarlet had to name her favorite smell, she would have a hard time choosing.

How to pick just one?

But eventually, she would have said that the finest smell of all was the aroma of brainwaffles cooking in a waffle iron. It should be noted that like all zombies, the zombies of Plainfield ate brains. They ate a lot of other foods, too, but they loved brains above all else. They had an infinite number of ways to prepare them and would eat them every chance they got. And if you’re concerned about where the brains came from, don’t be. Plainfield’s zombies ate only brains from animals that had lived long happy lives and then died in their sleep of natural causes. Which, when you think about it, is rather civilized.

Scarlet entered the forest. She shivered, not so much from the cold as the itchy feeling of the unfamiliar and the sounds of rustlings and danger all around.

The rat-a-tat-a-tat of a deadpecker. Kero-keroak from a cluster of insects. Whaddup-whaddup-whaddup of the slimytoads. A meadow of Venus flytraps, their tiny mouths snapping shut on their wriggling insect meals—click-click-click.

Scarlet shuddered, but trudged on. Night descended completely and the path through the woods became a tunnel. A twig snapped and something heavy slithered wetly in the undergrowth. Off in the direction of Grandma’s house, a wolf howled.

Looking for your next great read-aloud book?

320 Sycamore Studios is a small publishing outfit based out of Seattle that believes reading with children can change the world.

Reading aloud and sharing stories helps us take a moment to slow down and connect with one another. Whether it’s an unexpected joke about passing gas, clever word play, zombies tweens eating snacking slugs, or a heartfelt message about human kindness, 320 Sycamore Studios knows what it means to do things a little differently.

Inquiry – Keep asking “What if … ?” and interesting things will happen.

Intimacy – Love yourself and do your best to love others, even imperfectly.

Irreverence – Life doesn’t need to be so hard. Let’s play!