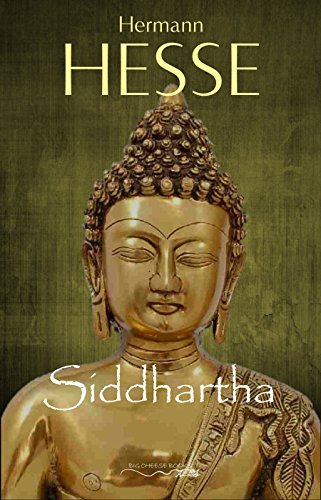 Siddhartha is an allegorical novel by Hermann Hesse which deals with the spiritual journey of an Indian boy called Siddhartha during the time of the Buddha. The book was written in German, in a simple, yet powerful and lyrical style. It was first published in 1922, after Hesse had spent some time in India in the 1910s.

The story revolves around a young man who leaves his home and family on a quest for the Truth. Embarking on a journey that takes him from the austerities of renunciation to the profligacy of wealth. That leads him through the range of human experiences from hunger and want, to passion, pleasure, pain, greed, yearning, boredom, love, despair and hope. A journey that leads finally to the river, where he gains peace and eventually wisdom. This is the story of Siddhartha as told by Nobel Laureate Hermann Hesse in his most influential work.

Hermann Hesse (b. 1877) was a German-born Swiss poet and author, best known for writing the novels 'Steppenwolf', 'Siddhartha', and 'The Glass Bead Game'. He was awarded the Nobel Prize for Literature in 1946. His themes focus on man's struggle to break away from the rigid structures of civilization and follow his essential and inner spirit. For this, Hesse became a literary cult figure.