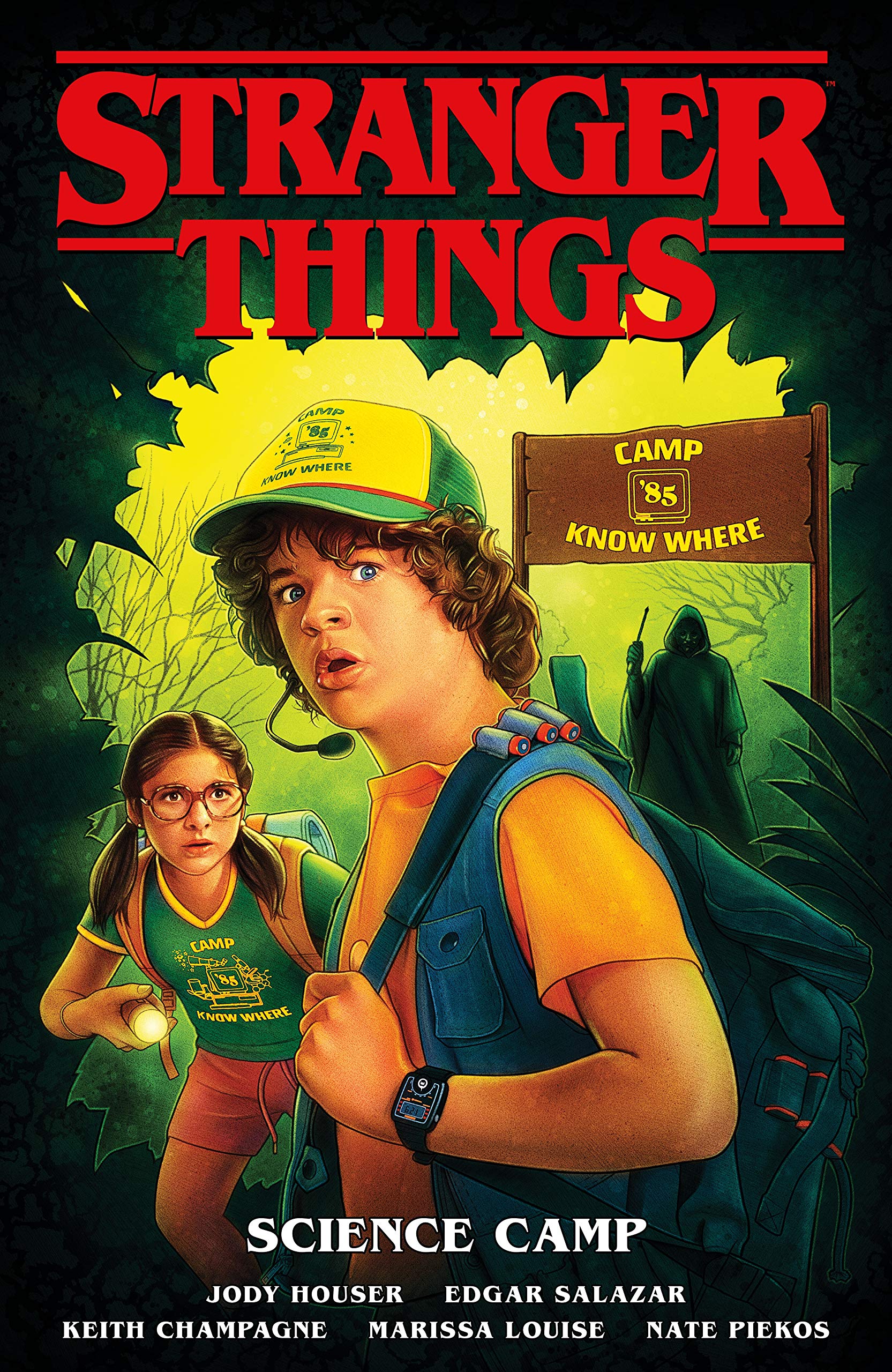 The comics based on the hit Netflix series delve into B-movie horror nostalgia when Dustin goes to summer camp, confronts a sinister figure in an Albert Einstein mask, and joins forces with Suzie to solve mysterious disappearances.

Dustin arrives at Camp Know Where to navigate the new social hierarchy without the support of his Hawkins adventuring party. While also faced with nerdy bullies, a new menace haunts the young scientists and camp counselors. A mysterious figure with sinister intent arrives to disrupt the serene woodland scene. When camp counselors start to disappear, the solution won’t take rocket science, but Dustin will have to get on the same wavelength as Suzie and the other campers before tensions reach a boiling point.