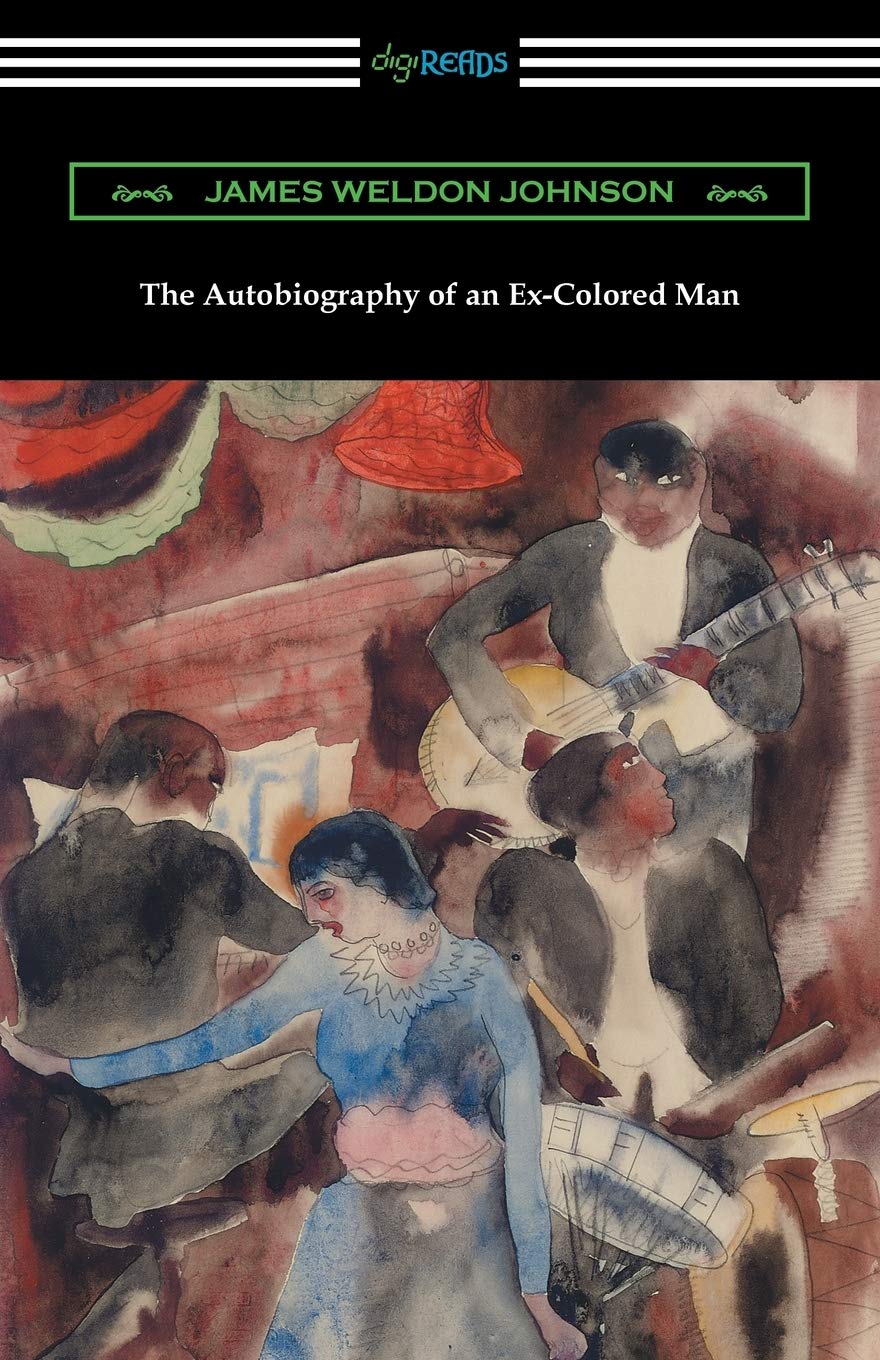 The Autobiography of an Ex-Colored Man

First published anonymously in 1912, “The Autobiography of an Ex-Colored Man” is James Weldon’s Johnson fictional account of a young biracial man living in America during the second half of the 19th century and early part of the 20th century. The so-called “Ex-Colored” man makes his living as a jazz pianist playing ragtime music at a popular New York club. It is here that he catches the attention of a wealthy white gentleman who takes a curious interest in him and employs him to play at his parties. While he becomes friends with the man a feeling of subservience reminiscent of slavery prompts him to part ways. He travels to the south where he intends to work on his music in an attempt to glorify the artistry of his race. After witnessing a terribly horrific lynching he abandons his desire to embrace his black heritage opting instead to “pass” as a white man. “The Autobiography of an Ex-Colored Man” masterfully explores the complexity of race relations between whites and blacks in America and the search for racial identity by one of mixed ethnicity. Through the experiences of its unnamed protagonist the issues of class, race, and discrimination are discussed with an openness uncommon to literature of the time, and which would establish it as a pivotal work of the Harlem Renaissance. This edition is printed on premium acid-free paper.