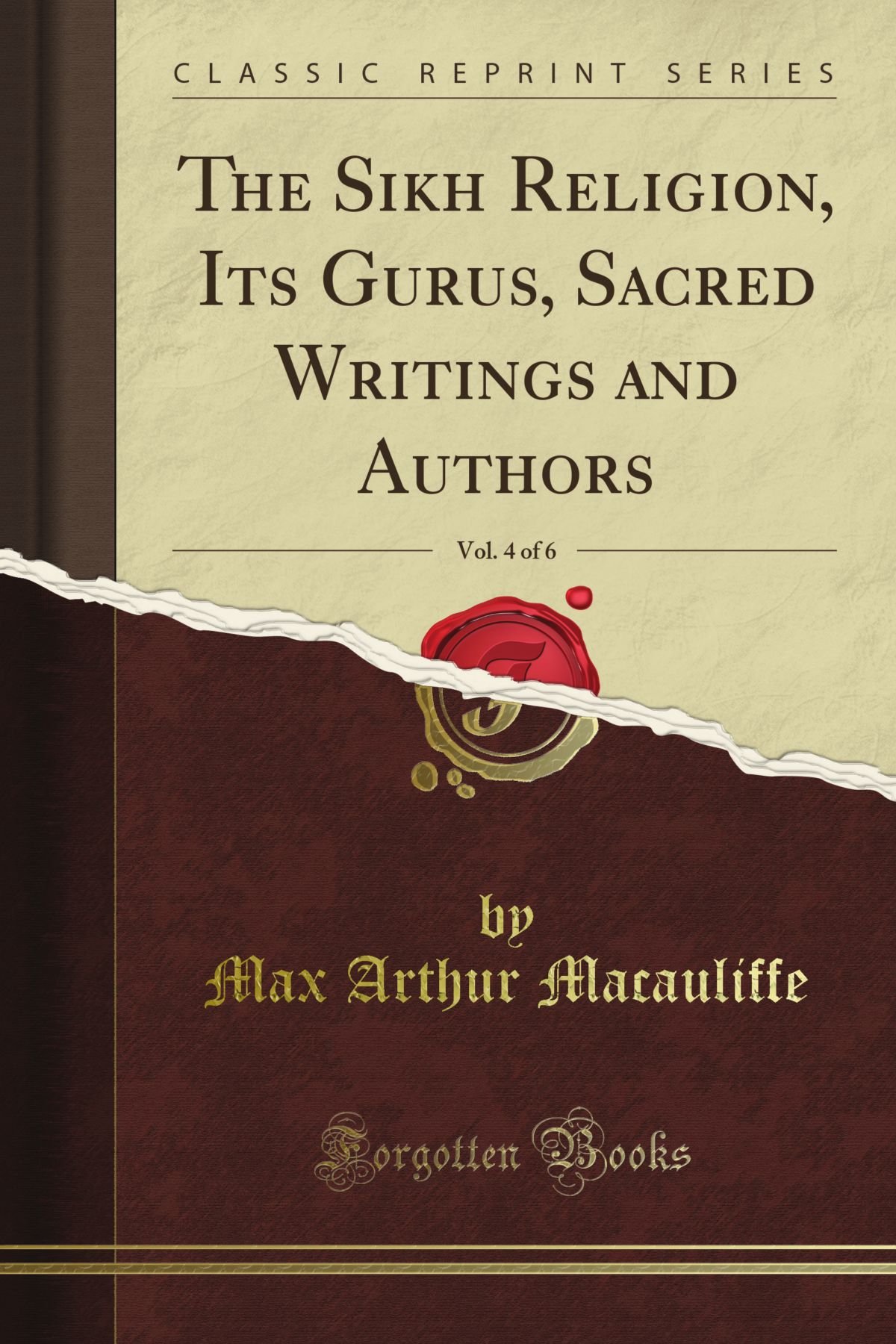 The Sikh Religion, Its Gurus, Sacred Writings and Authors, Vol. 4 of 6 (Classic Reprint)

I lle ego qui quondam gracili modulatus avena Carmen nunc horrentia Martis Arma virosque 2cano. Lo! I the man whose muse whilom did mask, As time her taught, in lowly shepherds weeds, Am now enforced a far unfitter task For trumpets stern to change mine oaten reeds. SPENSER. THE early life of Guru Har Gobind has already been given in the life of his father Guru A rjan. On 1B esides the life of the sixth Guru by Bhai Santokh Singh, mentioned in the I ntroduction, there is another work called Gur Bilas on the same subject. The name of the author is not given. In the preface to it it is stated that Bhai Mani Singh went toN ankana. The ragis were singing Gur Das scompositions. When they came to the following There were five cups, five priests, the great priest the sixth Guru sat on his throne one Bhagat Singh, a devout Sikh of the locality, called upon Mani Singh to give an account of Guru Har Gobind, the sixth Guru. Mani Singh replied, I will relate to thee what Guru Gobind Singh told Bhai Daya Singh, and what the latter communicated to me. One Dharm Singh was present, and heard Mani Singh snarrative. He gave its details to the author of the Gur Bilas, whom he had previously baptized. The author of the work states that he completed it inS ambat 1775 (A.D. 1718). Sardar Kahn Singh of Nabha, however, gives it as his opinion that the work was compiled by Bhai Gurumukh Singh and Bhai Barbara Singh, a priest and a chorister respectively of theS ikh temple at A mritsar, and that they began their literary labour in the reign of Maharaja Ranjlt Singh and finished it in the reign of Maharaja Sher Singh. We are also indebted for several details of the life of Guru Har Gobind to a manuscript life of that Guru in the Panjabi language, and also to the Hindi work, I tihds Guru Khalsa, of Sadhu Gobind Singh of Banaras. 2V irgil had only one hero; we have several.
(Typographical errors above are due to OCR software and don’t occur in the book.)