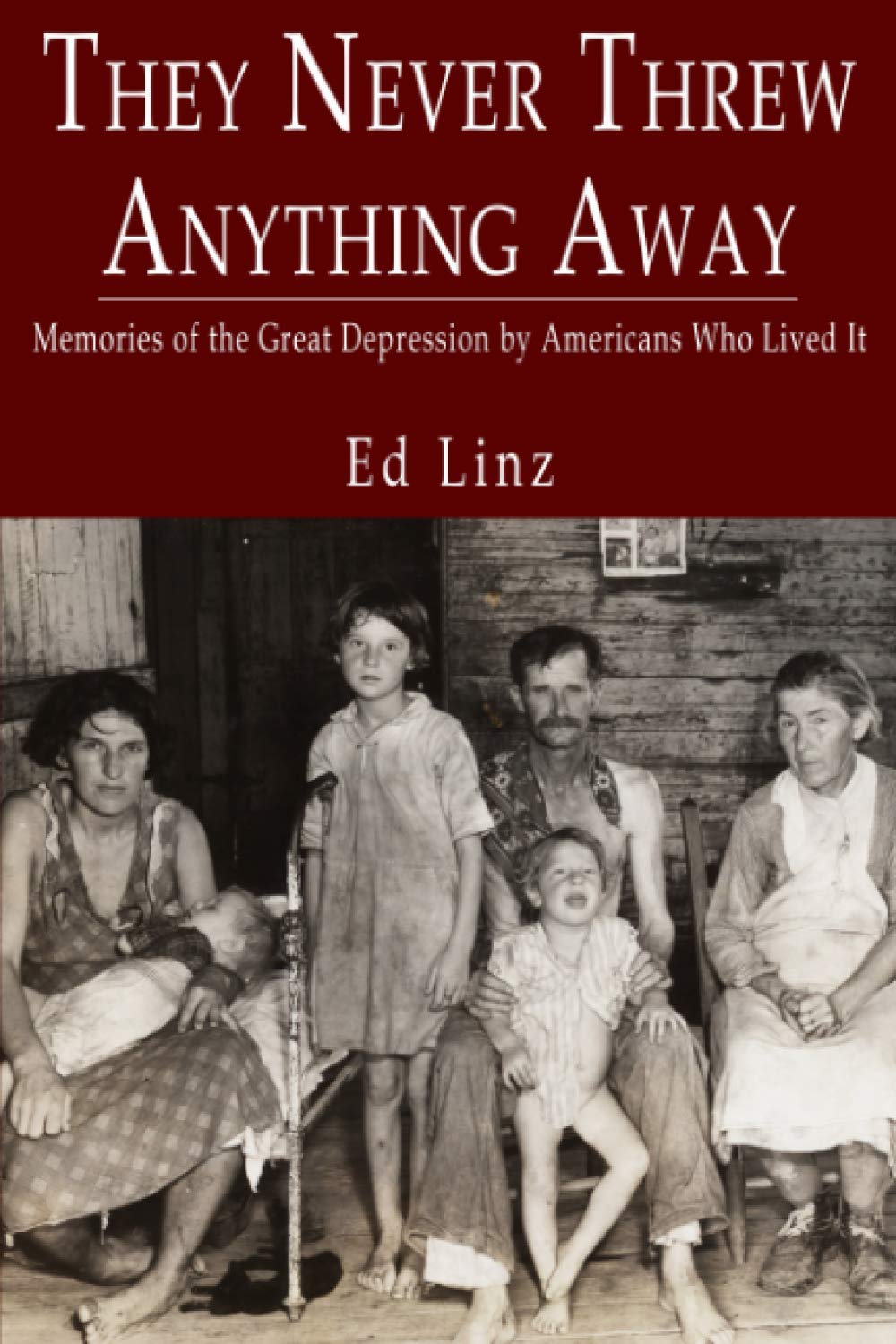 They Never Threw Anything Away: Memories of the Great Depression by Americans Who Lived It

The parallels to the present are ominous: an international pandemic killing nearly 700,000 Americans, followed by a booming stock markets and political turmoil….then years of unimaginable misery for so many – an era so difficult and challenging that it became known as The Great Depression….SOUND FAMILIAR? CAN HISTORY REPEAT?They Never Threw Anything Away provides an entertaining, informative, but all-too-plausible comparison of then and now from memories of 22 Americans who lived through The Great Depression. In their own words they tell of experiences gained while living during the social and economic chaos of that era. During the late 1990’s author Ed Linz traveled throughout the U.S. gathering stories of lives permanently scarred by the disaster years of the 1930’s. His interviews of a wide array of Americans from varying geographic regions and differing social strata produce an eclectic collection of captivating memories of life during the Great Depression: a Black man in southern Georgia who toiled in a turpentine forest, but called this period “the happiest of my life”; a young socialite (and friend of Ginger Rogers) whose famous engineer grandfather took her on a steamship to visit his masterpiece, the Panama Canal; a teenager whose big band played in all the “gin mills” on Long Island; the daughter of Greek immigrants who found herself in a L.A. tuberculosis sanitarium at age nine; a Seattle barnstorming aviator; a raccoon-hunting dirt farmer in North Carolina; two Mennonite farm families in northern Indiana; young women who worked by themselves as teachers in one-room schoolhouses in the Dust Bowl of the Midwest; a group of nursing students from the coal mining regions of Kentucky – and many other captivating memories of life during the Great Depression. Each story is interspersed with anecdotal facts about the events and circumstances mentioned during the interviews. A time-line of major events during the Great Depression is an included Appendix.