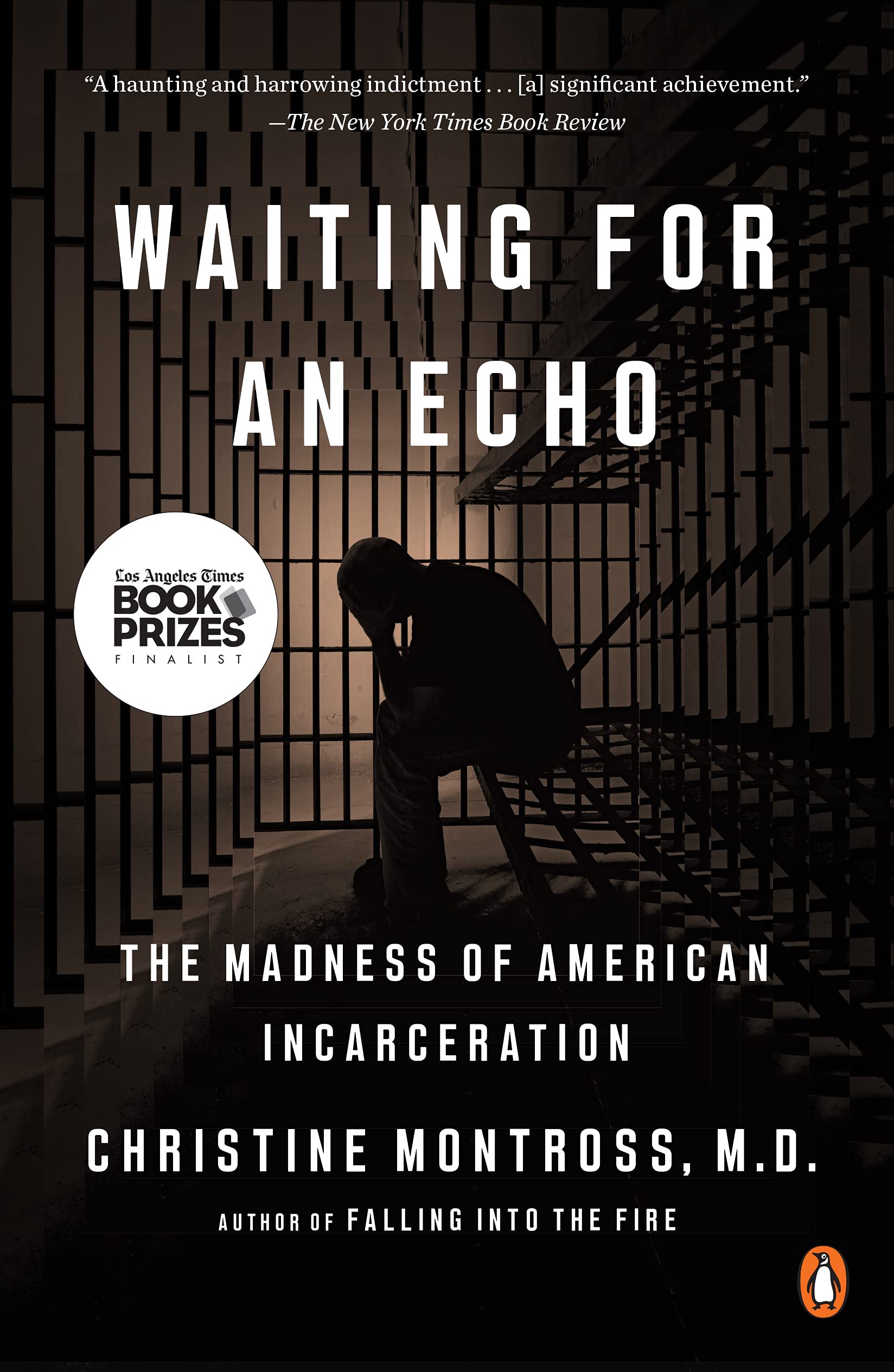 Waiting for an Echo: The Madness of American Incarceration

Galvanized by her work in our nation’s jails, psychiatrist Christine Montross illuminates the human cost of mass incarceration and mental illness

Dr. Christine Montross has spent her career treating the most severely ill psychiatric patients. Several years ago, she set out to investigate why so many of her patients got caught up in the legal system when discharged from her care–and what happened to them therein.

Waiting for an Echo is a riveting, rarely seen glimpse into American incarceration. It is also a damning account of policies that have criminalized mental illness, shifting large numbers of people who belong in therapeutic settings into punitive ones.

The stark world of American prisons is shocking for all who enter it. But Dr. Montross’s expertise–the mind in crisis–allowed her to reckon with the human stories behind the bars. A father attempting to weigh the impossible calculus of a plea bargain. A bright young woman whose life is derailed by addiction. Boys in a juvenile detention facility who, desperate for human connection, invent a way to communicate with one another from cell to cell. Overextended doctors and correctional officers who strive to provide care and security in environments riddled with danger. In these encounters, Montross finds that while our system of correction routinely makes people with mental illness worse, just as routinely it renders mentally stable people psychiatrically unwell. The system is quite literally maddening.

Our methods of incarceration take away not only freedom but also selfhood and soundness of mind. In a nation where 95 percent of all inmates are released from prison and return to our communities, this is a practice that punishes us all.