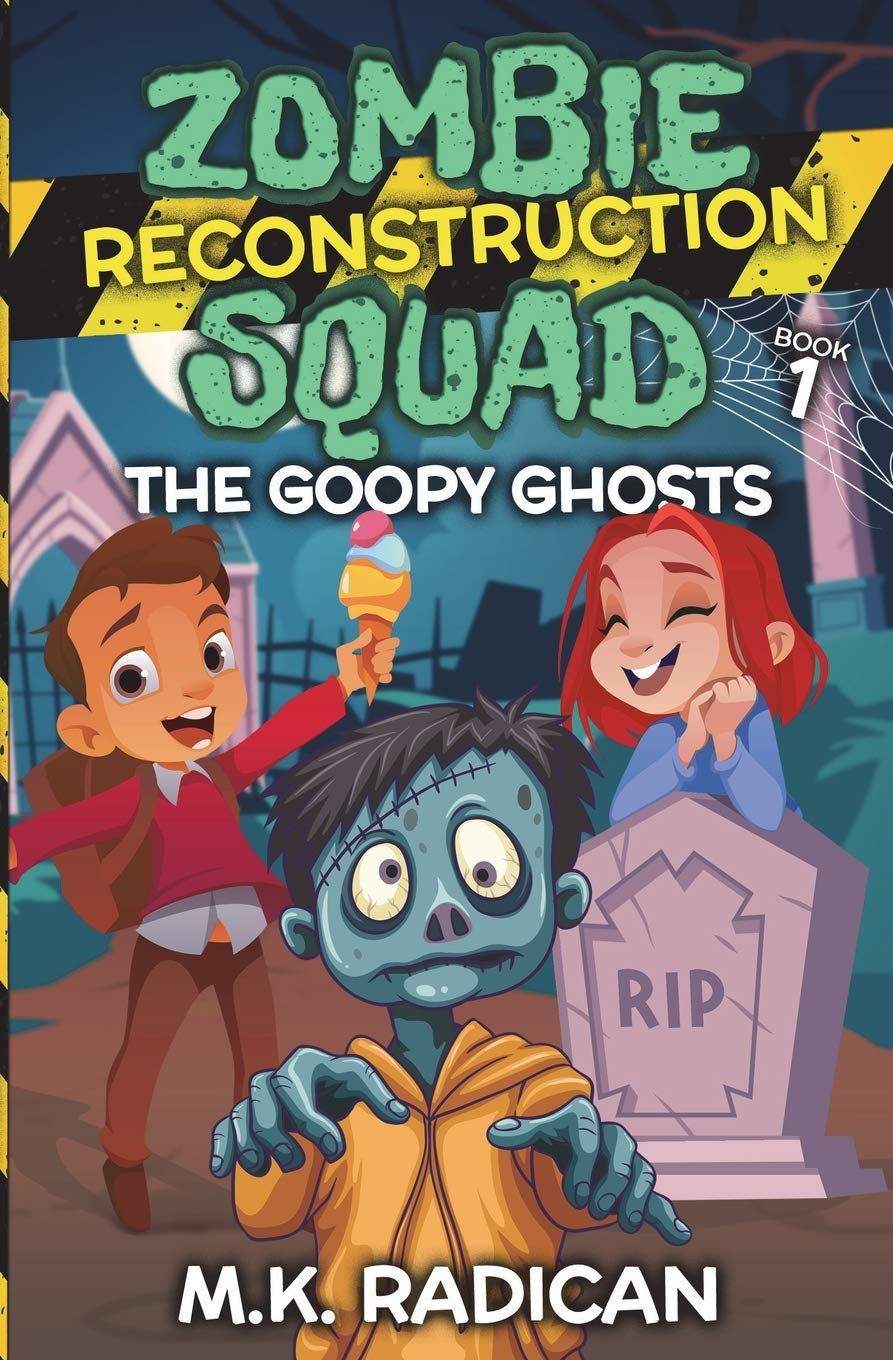 When the town of Pootville is attacked by a bunch of booger banshees, Emilio Montanio and his wacky pal Rochelle “Roach” Riggs have to stop the spooks before they slime the city!

Things get even weirder when they meet Urg, a little zombie with a big problem. He sneezed so hard he blew his nose right off his face. And whoever found it is using it to make the goopy ghosts!

To stomp out the snotty specters, Emilio, Roach, and Urg will have to solve the mystery of the stolen schnoz. Fortunately for them, Pootville has no shortage of local weirdos to investigate.

But can they sniff out the snout, fix Urg’s face, and beat the boogery boogeymen? S’not a problem for the Zombie Reconstruction Squad!

“M.K. Radican is as funny as Dav Pilkey!”

“I thought [my kid’s] head was going to fall off, he was laughing so hard. He came to me frequently to show me the funniest parts.”

“The humor was really funny and the mystery unraveled so well!”

“My 11-year-old was willingly putting down his Switch to read this, which is pretty huge for him.”

“The story had plenty of laughs, especially if your kids are like mine and they are at an age where anything booger, fart, or stinky is funny.”

But don’t take their word for it! Pick up your copy and join the Zombie Reconstruction Squad today!

Zombie Reconstruction Squad is a four-book series of hilarious, irreverent mysteries perfect for fans of Big Nate and Captain Underpants. Designed for reluctant readers age 8 to 12, the stories focus on the funny while building critical thinking skills. Each book is a standalone mystery that contributes to a larger story, keeping kids engaged through the whole series.

Book 1: The Goopy Ghosts – When kid zombie Urg loses his nose, the town of Pootville is invaded by disgusting green booger banshees! Can the Squad sniff out the suspect?

Book 2: The Voltage Vampires – It’s shockingly spooky when voltage vampire bats suck up all the electricity and cause a citywide blackout! An electrifying mystery!

Book 3: The Smoky Skeletons – Skeletons made of greasy black smoke make everyone too scared to sleep! This case will keep the Squad up all night!

Those zombie parts aren’t going to find themselves! Pick up book one and join the hunt!